Working in exchange for accommodation

When you find yourself abroad at a place where you would like to stop for a while, try to introduce yourself to the hostels’ staff. Ask if they offer “Work in exchange for Accommodation”. It’s a common practice all over the world, so you won’t get any rough answers by asking, worst you can get is a polite “not at the moment“. You can also plan ahead by sending e-mails in advance before arriving at your destination. At times, hostels even post ads in search for this kind of collaborators, try browsing employment websites!

If you are lucky and speak the local language pretty well, you could be offered a job at the reception, otherwise the tasks commonly offered are: re-arranging the rooms, cleaning, and basic renovation works. Be smart and try to avoid the toilet shifts, be creative… 😀 …

For the hostels, it’s a good bargain. If you think about it, the hostels gets the needed workforce with so much ease and at no cost. Moreover, the collaborators are also happy to do the job.
Apparently, aside from a free bed, some hostels also offer some pocket money to the collaborators, but this has never happened to me, honestly.

My Working in exchange for accommodation experience in Australia

The last two months of my trip to Australia was spent at Margaret River, in Western Australia. If you ever decide to visit “Oz”, I would highly recommend that you don’t skip the West coast. To me, the beaches are the most beautiful in the country, and it’s definitely less touristy than the busy East Coast. One can Surf without seeing anything built around, sometimes not even parked cars, this was a daily experience there.

At the time I was staying at hostel in Prevelly, a few steps from the sea,  and I was working in Margaret River in two different places. Due to the community being a small one, there was no bus service; I ended up using “hitchhiking” as a means of public transport…

I and the other long term guests racked our brains out to find any sort of task that could help us accumulate hours of work which would be discounted from the weekly rent. Together with José from Chile, I developed an assembling line method of making beds. While with Nicolas, from France, we become experts at finding tasks around even when there was nothing to do. There was nothing we wouldn’t have done... XD One day the manageress of the hostel, also a traveler but older, told us:

“… but it’s a dirty job, do you wanna to do it?” Smiles mischievously.

Nicolas and I look at each other…

“There’s a clogged urinal, we need someone to unlock it using the fire hose.”

Nicolas and I look at each other…

Well, it was too late to say no I guess.

Nicolas was only two years younger than me at the time, but I went with the old dear “rule by the oldest“ : I’m staying out of the restroom operating the hose. He places himself on the doorpost, holding the lance of the hose in the urinal with his foot, ready to eject himself if necessary. The first two times, I open at full pressure and he jumps out of the restroom in an Indiana Jones motion…

We agree that I would open slowly and then gradually increase the pressure.

He’s staying on the edge of the bathroom, giving me directions:

Then, I remember him screaming desperately:

Note: As an altenative: “Go… go... go... Stop! Stooop!” I remember him shouting desperately. All on the same line.

I think I remember that we succeeded in the mission, but the bathroom certainly did not come out very well.

I left Margaret in January to Fiji and then went to New Zealand. From that crew, I saw only Neo again, an Italian guy. I met him in Portugal more than eight years after. Still, this is one of the traveling periods I remember with most contentment. WWOOF is the acronym for World-Wide Opportunities on Organic Farms. It’s a net of organizations that started in England in 1971, with the aim of connecting people eager to experience the country life with farmers in need of volunteers, called “WWOOFers”. Basically, you’re offered accommodation (and sometimes food) in exchange for 2 to 4 hours of work per day. This is not supposed to be a heavy work. You will live in interesting places and you might end up having fun tasks such as driving a Quad or other farm machinery. But possibly also tasks which could be considered “dirty” or tasks which could affect your sensitivity, such as like dealing with captive animals. So ask for detailed informations before accepting.

My advice, however, is to do it for a short time and leave before getting the feeling of a real job.

In my experience, since there is no real contract between host and guests, the name “Wwoofing” extends beyond the organizations to anything which can be recognized in the scheme described above, being defined simply as “Work on Organic Farms”.

My Wwoofing experience in New Zealand

New Zealand is an extremely green country with lot’s of agriculture, therefore, outside the main cities what I knew as “Work in Change of Accommodation” in Australia was referred to as “Wwoofing” in New Zealand.

Note: we could also simplify this in: “New Zealand is an extremely green country with lot’s of agriculture. What I knew as “Work in Change of Accommodation” in Australia was referred to as “Wwoofing” everywhere in New Zealand”.

During my second trip to Aotearoa (“New Zealand” in “Te reo Maori“, the Maori language), I spent most of my time in Raglan, North Island’s Surf mecca. It’s the Kiwi equivalent of Byron Bay in Australia, if you’ve been there.

When I first arrived, I’ve been “Wwoofing” at two of the three local hostels: the Solscape and the Karioi Lodge. Unless you’re a hipster, a vegan or a yogi wannabe, I recommend the Karioi which is a party hostel and is nestled in a picturesque jungle. Working hours per day at Karioi are 2.5 all year long, while at Solscape, they increase to 4 in summer. Both are walking distance to the surf: Solscape being closer to Manu Bay, Karioi closer to Whale Bay and “Indicators” (three World Class lefthand pointbreaks). At Raglan Backpakers, the third one, I just passed through, but there was a nice air there as well and, being right inside the town, it was definitely the most comfortable (less comfy for surfing though!). To the “Wwoofers”, some stationary vans were made available as accommodation, different kind of experience but they still offered better privacy than a bed in a dorm. Compromises…

After this initial period, I was offered to do some Wwoofing at a country house.

Caption: My hipster side was so proud of this vegan pancakes with home grown feijoa… Then I realized I did use butter to fry them.

I’ve found myself house sharing for some months with guys and girls from various nationalities in Te Uku (“The Chalk”), a “village” just outside Raglan consisting of: my house, a road, a gas station with a tiny market and a micro cafe. My duties included: mowing the grass, moving compost piles, picking fruit from our trees, and looking after Thelma & Louise, our two insatiable pigs. I named them this as they were destined to be slaughtered sooner or later (according to well-informed sources, they are allegedly still alive and well 🙂 ).

Living in the countryside had its disadvantages but also some indisputable merits:

The house was in the middle of nowhere,  this means that, for anything you required, you needed to take the car (the mini market had prohibitive prices). And, until the very last days, phone reception was just non-existent. “There are places in the world where nature is still the mistress and man has never managed to take over”.

Well, New Zealand and Te Uku, in particular, are definitely among those places: the house was constantly invaded by mice and all sorts of insects (giant ants, flies, spiders, mantis, crickets and grasshoppers). The two pigs were smelly and constantly hungry, never failing to communicate it with any kind of grunt, barking, bray and sneer from early morning till late at night.
Tap water came from a tank that gather’s rainwater, during summer we ran out twice…

Apart from the downsides above, I gained lots of satisfaction from preparing breakfast with fruit recently picked from trees, having coffee outside while contemplating the void around. The evenings were beautiful especially around the fire, the feeling of knowing you’re right in the middle of nowhere was simply awesome. When will I have a feijoa tree in my backyard again? I didn’t even know what a feijoa was before then…

And then, that House had a plus, a huge plus: the building hosted also a baking workshop where they made biscuits; Those buttered, American-style biscuits as big as a tile. You could dip them in your cappuccino for hours but they would remain firm, butter made them waterproof.

The laboratory was not yet officially open but was used for “experiments” before commercialization, so we had access to it (also because in New Zealand, locking doors is not an habit 😉  ). Imagine our happiness when returning home late at night from the Yot Club, the only club in Raglan… 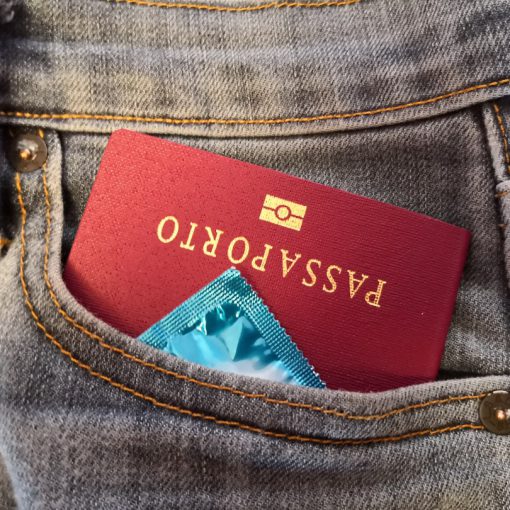 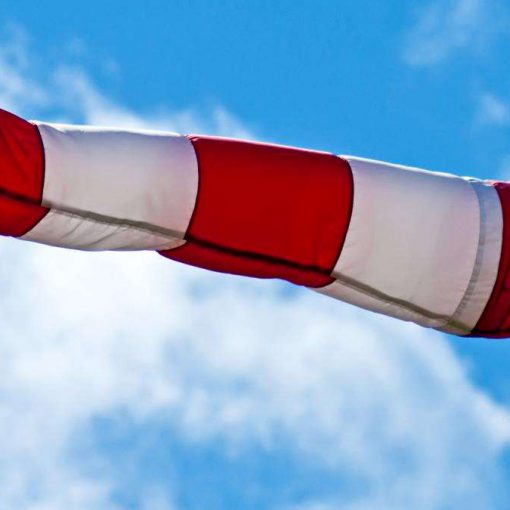 The ideal conditions for learning to Kitesurf are the exception rather than the rule.

This said, there are still better locations than others, and I understand how for a novice, it’s not easy to choose a kite spot. This article is here to help you! 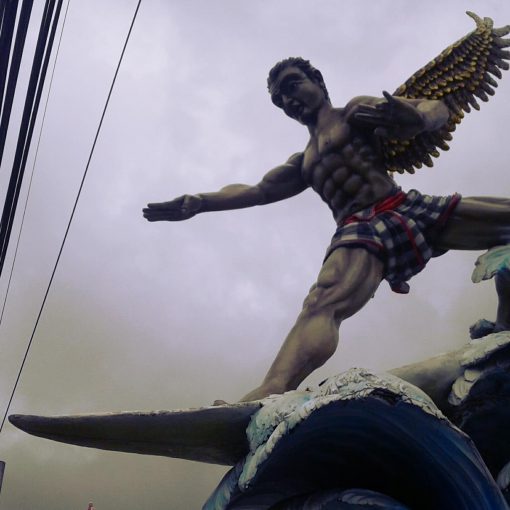 Opinions on Bali. My impressions after dreaming of it for years. If you want to Visit Bali today, you have to know that you are late before leaving. 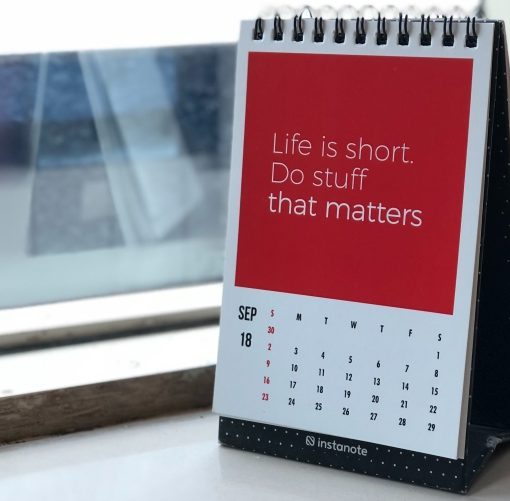 A longer trip can cost much less than a short one. The longer you’ll stop in the same location, the more you’ll be able to cut down on the cost of the trip.